The Winter 2019 edition of The Florida Business Woman Public Policy Committee report included ERA Talking Points. The article talked about why we need the ERA. Listed below are just some of the points covered.

Without the ERA, the U.S. Constitution does not explicitly guarantee that the rights it protects are held equally by all citizens without regard to sex.

The ERA would provide a clearer judicial standard for deciding cases of sex discrimination. Not every state in the U.S. has ratified the ERA and therefore, federal and state courts are inconsistent in their rulings regarding claims of sexual discrimination.

The ERA would provide a strong legal defense against a rollback of the significant advances in women's rights that have been achieved since the mid-20th century.

The ERA would improve the United States standing in the world community with respect to human rights. The governing documents of many other countries affirm legal gender equality, however imperfect the global implementation of that ideal may be.

For more information, visit the Alice Paul Institute at www.equalrightsamendement.org.

America was founded on the principal of equality for all and derives its strength from individuals working together for a common good. This public policy platform is BPW/FL’s blueprint for our work in respect, justice, and equality for working women. Women should have the opportunity to be well educated, healthy, economically strong, secure, and their families should be able to live and work in communities that are environmentally clean.

This public policy platform represents a vision based on supporting and defending American values as they specifically relate to working women’s hopes and dreams for the future. We will work with elected officials and activists to achieve this vision in government and in our communities.

Item I: Equality for All 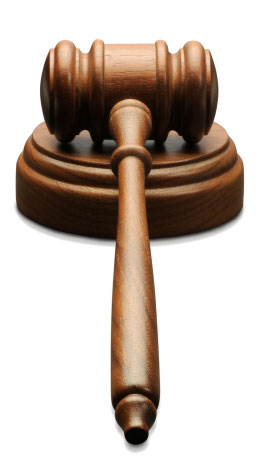 BPW/FL members acknowledge the fundamental equality of all persons and are devoted to the defense of their inherent dignity. We believe in fairness and inclusion so that all have the opportunity to reach their fullest potential. We protect our communities and our liberties, ensuring peace, justice, freedom, and humanity. We believe that the rights of women require constant vigilance and a thorough examination of laws to eliminate those that harm women disproportionately. Therefore, BPW/FL supports legislation that calls for equality for all, including but not limited to, passage of the Equal Rights Amendment, which states: “Equality of rights under the law shall not be abridged or denied by the United States or by any state on account of sex.”

BPW/FL supports legislation that ensures reproductive choice and full access to all reproductive health education and services, including prescriptions. We support legislative funding and initiatives for women’s health care needs, with special emphasis on heart disease, stroke, lung cancer and breast cancer early detection, treatment and recovery. We support the expansion of Medicaid in Florida, recognizing that working women and their families have the largest need for affordable and accessible health care.